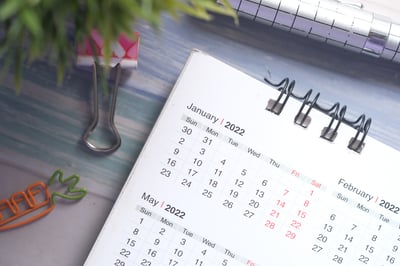 The value of remote and hybrid workspaces continue to rise as businesses and other organizations try to stay on top of their response to our public health situations and other big changes. Taking advantage of unified communications as a service (UCaaS) solutions is paramount to the success of a modern workforce.

As offices adjust to remote and hybrid models, it's worth taking a look at what has changed in the world of collaboration tools. Today, let's talk about Microsoft Teams, which has added a number of new features in recent months and plans to add more in 2022.

New Teams features  aim to make meetings more intuitive. For example, Teams has long had a feature that allows meeting participants to "raise hand," which sends the presenter a notification that they wish to speak. Previously, however, there was no way to see in what order hands had been raised. Now, the presenter will be able to see who raised their hand first, promoting an equitable division of speaking time.

Another point in favor of Teams meetings is that participants have the option to record and automatically transcribe the meeting. However, transcripts did not use to include speaker attribution. Now, if you turn on Teams Live Transcription, your transcript will include the speakers' names, so that you don't have to watch the recording while you read. You will also have the option to watch the recording with multi-speed playback and automatic indexing.

The pandemic era has made us familiar with a whole range of health buzzwords that we had never heard before. For example, it's now common for offices to talk about combating "Zoom fatigue" - the worn-out feeling we all get after an over-long videochat. One reason why virtual meetings are so much more galling than in-person ones is that our eyes are drawn to the "user" video box, and we stare back at our own reflections, often finding fault with our own appearance. An upcoming Teams feature  will give users the option to remove their own boxes, hopefully making meetings more restful.

Do you share your work computer or your Teams account with an employee from another shift? Now you and your deskmate will be able to create separate flexible workspaces. You'll also be able to remotely create a "hot desk reservation" to inform your deskmate when you plan to be in the office.

Modern collaboration tools can keep office spaces functional as we keep office and other working space flexible during rapidly changing situations. Microsoft Teams' 2022 updates are a step forward for the virtual office. To see how Microsoft Teams could help your organization flourish and coordinate in an in-office, remote, or hybrid working situation, click below for a free Teams consultation from CallTower:

With the introduction of modern technology, businesses are reaping the benefits of unified communication as a service (UCaaS) systems like Microsoft...

At the hand of the pandemic, more and more organizations have found themselves working in a remote environment, forcing them to ask questions like...

How Cloud Communication Can Help You Expand Your Business Globally

Running a business demands multitasking and staying ahead of the competition. To be successful, companies must expand their capabilities to reach new...