What is GCC High? 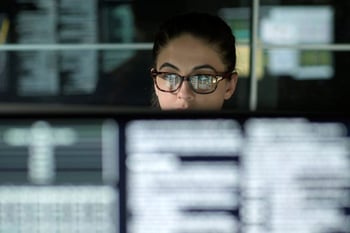 Collaborative Article from Agile IT and CallTower

The first cloud developed was Microsoft 365 (Commercial). This is the general type of cloud environment most Office 365 users use. From there, MSFT 365 GCC (Government Community) was established for government users. This offered data residency rather than data sovereignty (more on the difference between those two below). Microsoft developed a cloud specifically for the Department of Defense (DOD), which received authorization for impact Level 5 in Azure Government. The only issue here was that only DOD personnel were allowed into this Level 5 environment. That's why GCC High was born — this was a cloud environment for other agencies and contractors to access as well.

How CallTower and Agile IT Have Teamed up to Help You

While it seems difficult to navigate through the various cloud environments, having a partner in the process helps. What's even better is having two partners with the experience and knowledge in managing these MSFT 365 cloud environments, ensuring you're using the right one and fulfilling all necessary requirements.

As noted above, one challenge with GCC High is that Microsoft Calling plans aren't available within it. However, CallTower and Agile IT have teamed up to provide compliant VOIP solutions as part of Agile IT's unique GCC High compliance foundation. This will enable DOD contractors to stay compliant with all ITAR and CMMC requirements with the use of a single platform.

Let's take a closer look at the concept of data residency vs. data sovereignty, the types of cloud environments (specifically GCC and GCC High), and how they differ, as well as the major distinctions between Azure Commercial and Azure Government.

It's important to understand the difference between data residency and data sovereignty. The terms are  interchangeable at times, but there are notable and significant distinctions between the two. Data residence refers to the location data stored in at rest without any controls to keep it from moving to another location. Data sovereignty refers to restrictions in place to keep data in the same location at all times. The concept of data sovereignty is relatively new, gaining awareness after Edward Snowden's surveillance disclosures in 2013.

Microsoft 365 Commercial is the form of Office 365 used outside the government by most private sector organizations that use MSFT 365. It was built on globally replicated directory services with a global network and global support personnel. Within Commercial, there's a multi-geo service that addresses data residency requirements. This is perfect for meeting compliance frameworks such as GDPR, HIPAA, PCI, and FINRA. Where it's lacking is having export controls for ITAR to ensure information doesn't leave the U.S. You can achieve data residency with Office 365 commercial and some data sovereignty requirements, but not for DFARS and ITAR.

GCC (Government Community) is a copy of MSFT 365 commercial. State, local, federal, and tribal governments use it. Screened personnel use it and allow for data residency. From a feature parity standpoint, GCC is usually not far behind Commercial in terms of feature updates. Additionally, GCC is compliant with DFARS.

For many government standards, one must make sure anyone working in the environment meets the requirements of specific government background checks. GCC High acts as a data enclave of Office Commercial. It's compliant with DFARS, ITAR, NIST-800 171, and NIST-800 53.

Azure Government (or Azure Gov) is isolated physically and virtually. It exists in a compliance foundry dedicated to U.S. government workloads. It's exclusively for the federal government and contractors. Four key things to remember about Azure Gov are:

For more information on how our partnership can help you start calling in GCC High, contact us today!

With the advent of the digital workplace, companies have more options than ever before for how to communicate and collaborate. But what's the best...

Microsoft Teams is a collaboration platform that business users are utilizing to improve their communication and workflow. With Microsoft Teams,...

While working remotely is a great option, especially for people who love to travel around the world, maintaining regular communication can be very...