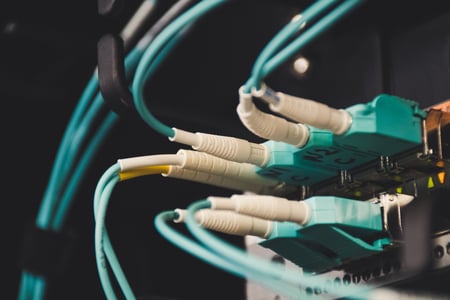 At no other time in history have we seen the push for bigger and better compliance and security measures in place to protect the data that pertains to our Federal Government. Sensitive data sets from the companies and industries doing business with the DoD are constantly under attack from hackers, cybersecurity weaknesses, and those committing acts of electronic espionage.

Our government was the first to approach Microsoft for answers to these mounting problems and with that, cloud-based computing was born. It soon became evident there was a) a need for the cloud and b) a need for more than one type of cloud to meet the needs of the companies, and industries chosen to do business at the Federal Government level.

Microsoft quickly began to offer solutions and rightly so as the contractors and the federal government customers they catered to were moving as quickly as they could to cloud-based solutions that had their security and compliance measures covered. The move was on to Microsoft 365 Government Community Cloud High (GCC High) a platform that had the ideal functions and features to accommodate their complicated needs.

The two versions of Microsoft 365 GCC were the commercial version and the GCC High version. The big difference? Those contractors and customers looking to conduct business within the DoD had to obtain CMMC 2.0 Certification and GCC High was compliant with the features and benefits of that certification.

Microsoft 365 GCC High is the only Microsoft offering that ensures data is kept in U.S.-only data centers and is supported by background-checked U.S. citizens. Ideal components for doing business with the DoD.

As more of these DoD agencies and contractors came to realize the benefits of the Microsoft 365 GCC High product, the number of teams carrying out successful relationships within the DoD began to rise. Suddenly, being a government contractor for the DoD was an attractive deal and the growing pains ensued.

This led Microsoft to add the Direct Routing feature to the Microsoft Teams product that was being used at the GCC High level.

The Direct Routing feature of Microsoft Teams gave these parties involved the ability to join in team meetings and collaborative efforts from any phone device bypassing the need for a computer with an internet connection. This is ideal for team members that may be presently deployed where there is no internet connectivity or limited internet features.

With Direct Routing, members could join the audio conference simply by dialing the organizations given phone number for Direct Routing connections to these meetings. On the reverse side of that, the team facilitator could effectively dial out to the member's phone device from the actual meeting. Either way, this added a new feature to the already popular Microsoft 365 GCC High product.

CallTower is the only voice provider delivering cloud-based Direct Routing in GCC High to support Microsoft 356 GCC High for government contractors that work directly with the Department of Defense! The network and platform are completely optimized for voice, require no network or edge equipment, and allow you to re-route the phone call when Microsoft is experiencing any outages or downtime. It is a seamless porting solution from any platform.

When your team is ready for Microsoft Teams Direct Routing for GCC High, please click on the image below for a free consultation on Microsoft 365 GCC High:

In the Unified Communications (UC) and collaboration market, Microsoft Teams is a clear leader. The platform has transformed how businesses...

Tips to Manage Ucaas Solutions in a Global Company

Many of today's global businesses have migrated to a cloud-based phone system. This blog will discuss managing multiple UCaaS solutions in a...

The Benefits of the Digital Workplace: UCaaS and CCaaS

Today, the contact center is a vital part of the customer service ecosystem, and the goal is to make it even more efficient and effective. In an...